By Joseph Smith’s time, much of Christendom was floundering with a badly truncated understanding of God’s judgment and humanity’s destination in the next life. Many believed, as many still do today, that all people will eternally fall on one side or the other of a single line: those who did good and receive the resurrection of the just, and those who did evil and receive the resurrection of damnation. There are obvious practical issues with that scheme, starting with the fact that cheating on homework and committing genocide are both sinful, but it feels unjust and illogical to consign their perpetrators to being undifferentiated roommates in hell.

The Bible does contain hints of a more complex judgment. It teaches that Christ shall reward every man according to his works (Matthew 16:27); converts are like seeds that bring forth a hundredfold or sixtyfold or thirtyfold (Matthew 13:8); Paul compared resurrected bodies to the differing glory of the sun, moon, and stars (1 Corinthians 15:41). But this isn’t enough to build a case countering the most obvious interpretation of the Bible’s teachings–at the final judgment people will be designated good or evil, and receive their final assignment to heaven or hell.

On one magnificent February day, Joseph and Sidney shared a vision that communicated so much knowledge, so much stunning and new information, that it upended as much of traditional Christian understanding as almost anything else Joseph ever did. From then on, all who accepted “The Vision” could grasp eternity through a perspective much more nuanced, logical, and satisfying than any theologian could have previously supposed.

There are a lot of ways in which the doctrines revealed in D&C 76 can affect our relationship with Christ and our approach to sharing and defending the gospel. Here are just a few:

We probably take all of this for granted much more than we should, especially considering how much comfort and insight it could give to people who believe in God but have trouble reconciling a loving Heavenly Father with a warden of an eternal hell. Hopefully, studying these amazing truths can increase our power and boldness to tell the world about a Savior who powerfully saves and a Heavenly Father who actively parents. The atheist elements of our culture want to dismiss Christianity as an illogical delusion about a vindictive god. We offer instead a God of generosity and love.

Question: What does it mean when it is said that the Book of Mormon contains the “fulness of the gospel?”

The Mormon concept of three degrees of glory 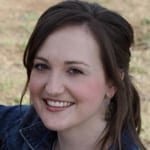