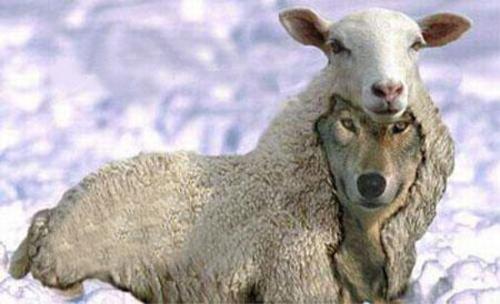 Websites critical of The Church of Jesus Christ of Latter-day Saints are popping up regularly, some gaining more traction than others. FAIR has responded specifically to some of them, like the so-called “CES Letter,” “Letter to My Wife,” and MormonThink. There are many other similar websites that FAIR has not responded to, partly because the topics raised in these sources are usually addressed in our wiki anyway, and partly because many of these sites overlap, because they are mostly re-hashing old arguments.

One site seeking to tear down faith that has become increasingly popular among critics and doubters in recent years is LDS Discussions. We have not created a specific response to it, but since we have received several questions about it lately, we do not want to ignore it either. Admittedly, I have only read a quite small fraction of its vast number of contents. But if what little I have read is representative of the rest of the website, it is safe to conclude that it is just as manipulative and dishonest as the other similar websites that I am more familiar with.

One thing that caught my eye is a series of criticisms of “Saints – the Standard of Truth”. By adding a rhetorical question mark after “truth”, LDS Discussions’ tactic is to present Saints as a misleading or even false version of church history. This is a bold project, given that Saints is a very thorough work, well sourced and with professional historians involved, even though its purpose is to be accessible, engaging and not too academic. So with some curiosity I started reading the articles criticizing Saints, one chapter at a time, including the links to other related topics. I did not have to read much before I could find examples of each of the following:

This is generally sloppy scholarship, but necessary for the authors of LDS Discussions to give the impression that they are presenting the real truth and that Saints is based on falsehoods. Considering the fact that Saints has much stricter academic standards (for instance, they specifically state that they avoid 3rd hand accounts and prefer 1st hand accounts whenever possible), it is ironic that all this is found in an article criticizing Saints for dishonesty. Even though there are several more examples, I will give one example of each of the 5 categories of academic dishonesty below. This is based on reading LDS Discussions’ criticism of the first 4 chapters of Saints, volume 1, with associated links.

In the article criticizing the first chapter of Saints, LDS Discussions writes

While Saints (and the church in general) puts the timing of the revival at about the time Joseph was 12, the history tells us that the great revivals in the area didn’t occur until he was 18-19 years old (in 1824).

They fail completely to back up this claim. There is no source, just a statement that they throw out there, perhaps hoping that readers will accept it at face value. Saints, who they criticize, do the opposite. In one of the paragraphs where revivals are mentioned, there is a link to a Church History Topics page called, “Awakenings and Revivals”. This, in turn, has numerous sources, many of which are not even written by Latter-day Saints. It is very clear that Saints has done a much better job supporting their writings with sources, which makes the criticism completely misplaced.

2.    Inconsistent use of sources

Still in the article criticizing the first chapter of Saints, LDS Discussions makes the following statement:

we will see in the next few chapters how heavily Saints relies on Lucy Mack Smith’s history. There are a few problems with this:

This is followed by a list of what they find problematic about using Joseph Smith’s mother as a source. However, only two chapters later, LDS Discussions quotes the very same source to make their point:

The amusing part is that they follow this quote by:

This line is important because it is referenced often by critics of Joseph Smith.

Not only do they quote the source that they argued was problematic when it does not suit their agenda, they also stress how important this quote is because it is often referenced by critics. I am not sure why that makes it so important, but I do know why critics use it often. It is because that is the only source available for them to make a case for Joseph Smith having the imagination and story-telling skills to invent the Book of Mormon. At least, I have often seen the argument that Joseph Smith had great story-telling skills, but I have never seen any other source to back up that argument than his mother telling of the “recitals” he gave to his family, which may or may not have included stories. If Joseph Smith had such great story-telling skills, I would surely expect to see other sources back that up. But I digress. The point here is that LDS Discussions dismisses a source when it does not fit their agenda and use it when it does fit their agenda.

Most of the first few sections criticizing the corresponding first few chapters of Saints link to their own article “Church History Topics: Book of Mormon Translation (Annotated).” Here LDS Discussions tries to discredit the Book of Mormon witnesses by using second- and third-hand accounts, rather than the numerous first-hand accounts by the witnesses that do not fit their narrative. As one of many examples, they state

An acquaintance of Martin said, “Harris declared repeatedly that he had as much evidence for a Shaker book he had as for the Book of Mormon” (The Braden and Kelly Debate, p.173).

First of all, I would not be so sure that Clark Braden actually was an acquaintance of Martin Harris. I have not seen any evidence for that and LDS Discussions certainly doesn’t provide any. Braden was representing the Church of Christ in a debate against the Reorganized Church of Jesus Christ of Latter-Day Saints. The debate took place 13 years after Martin Harris’ death. This is what he said about Martin Harris just before the quoted paragraph:

He had seen the devil and he was a jackass with hair like a mouse. He prophecied that the nation would be destroyed in four years if they did not accept Mormonism. If other witnesses tell the truth Harris lied to Anthon about how the translation was done. He lied about what Anthon said to him. Joe in a revelation reminds Harris that he had promised to lie and commands him to do so. In a revelation Joe warns him against adultery and murder. He used to beat his wife. He sat by her bedside as she was dying, wrote a letter to a woman he intended to marry, brutally told his dying wife what he was doing, married his Leman in less than two weeks after his wife’s death. He lived in adultery with a tenant’s wife. It was this that Joe warned him against and against murdering her husband.

Braden’s statements in the debate are full of unsubstantiated and absurd accusations like these, for which we don’t find support anywhere else. He refers to Joseph Smith as “imposter Joe” 103 times. But LDS Discussions uses this and other equally dubious sources to support the notion that the witnesses cannot be trusted and they did not really see, at least with their physical eyes, what the first-hand accounts actually say that they did.

This is somewhat similar to the previous point. But cherry-picking does not necessarily say anything about the validity of the source, only that there are other equally valid sources that are deliberately left out.

One example of that is found in their criticism of chapter 4 of Saints. Here, LDS Discussions brings up the 1826 trial, which was actually only an examination. They find Saints misleading to claim that there is “no evidence that Joseph had deceived him [Josiah Stowell], so the judge dismissed the charge.” They bring up a source (Frazer’s magazine 1873) stating that Joseph Smith was found guilty and had to pay a fine. The problem is that they rely on this one document to make their case. In fact, there are many sources, somewhat contradictory, and we should of course consider all to get the full picture. This is exactly what Saints has done to get a basis for their conclusions. This presentation goes into detail, but Saints also links to the relevant Church History Topics article where this is addressed. It does indeed list Frazer’s Magazine as one out of several sources. But unlike the cherry-picking that LDS Discussions is doing, Saints is considering this source along with all other available and relevant sources.

LDS Discussions’ argument is like saying: “Yeah, you have taken all available relevant sources into account to arrive at your conclusion, but I disagree because one of these sources actually fits my agenda, so I think you should emphasize that one only.” Again, LDS Discussions fails to live up to the academic standard of the work that they criticize.

A good example of this is found in their own annotated Book of Mormon translation article that they link to several times in these early chapters of their Saints critique. Much of the article is spent presenting the Smith family as deeply rooted in the occult. Again, they quote from Lucy Mack Smith, despite all the alleged “problems” with this source when Saints uses it:

That sounds pretty bad. But the only bad thing here is the manipulation going on. Here is the full sentence:

The full quote completely reverses the meaning that LDS Discussions is trying to convey, demonstrating that they have no problems with this kind of manipulation and dishonesty as long as it fits their agenda. Clearly, their point is not to present accurate information but to tear down faith.

This short rebuttal of LDS Discussions is only based on a very small fraction of their contents; just the first few sections of one out of many articles on their websites. Still, what I have presented here is only one example from each of 5 categories of academic dishonesty. I found many more but wanted to keep this post brief. Since this was somewhat randomly selected, I see no reason to keep reading since I find it reasonable to expect much more of the same. We can safely place LDS Discussions in the ever-growing category of anti-church websites designed to tear down faith, mostly re-hashing old arguments but with a new wrapping.