The Asked King and the Beloved King-to-be: Saul, David, and Ancient Israel’s Rejection of the Lord’s Kingship

The names of ancient Israel’s first two major[1] royal figures, Saul and David, have clear, distinctive meanings. Saul (šāʾûl) means ‘asked’ and David (dāwid or dāwîd) means ‘beloved.’ The Deuteronomistic editor and narrator[2] of the Book of Samuel used the meaning of these names to help tell the story of Israel’s formal rejection of the Lord’s kingship and the eventual rise of the Davidic dynasty in Judah. The meanings of their respective names figure not only into why each man became king, but also why their kingships ran aground and, in their respective ways, failed.

“The Lord Was with Joseph”: A Scriptural Case Study in Why the Lord Allows Bad Things to Happen to Good People

Bad things happen to good people, of course. What’s more, sometimes terrible things happen to the best people even when they are striving with the utmost diligence to do what is right. The entire book of Job is “the paradigmatic literary case of the innocent sufferer, afflicted by the Deity through no fault of his own, and forever kept in the dark concerning the actual cause of his misery.”[1] Nobody ever suffered more for doing so much good for so many than Jesus Christ himself, who never once committed sin.[2] Like Job, Joseph in Egypt represents an antetype or foreshadowing of the Savior with respect to unmerited suffering. As with Jesus and his atoning sacrifice, what happens to Joseph ultimately sets up the divine means of saving the house of Israel alive. This short study will explore the typology of Joseph as the life-saving sufferer (as opposed to a hapless victim of suffering) and the far-reaching impact of the divine deliverance accomplished through him. END_OF_DOCUMENT_TOKEN_TO_BE_REPLACED

Faith and Evidence in

When I first saw the photo that accompanied the New Year’s message and invitation for 2022 from President Nelson,[3] I could not help but think of the following verses from the Joseph Smith Translation of Genesis about the city of Enoch (JST Genesis 9:21–22): END_OF_DOCUMENT_TOKEN_TO_BE_REPLACED 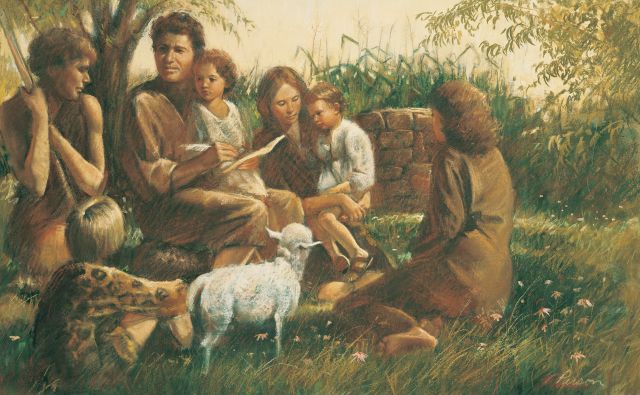 Taught in All the Ways of God: Teaching as the Theme of Moses 6

Moses 5 records that an angel taught Adam and Eve the meaning of the sacrifices God had commanded them to make upon their departure from Eden (see Moses 5:5-12). Adam and Eve, in turn, taught their sons and daughters what they had been taught by God and his messengers: “And Adam and Eve blessed the name of God, and they made all things known unto their sons and their daughters” (Moses 5:12). The narrative then states that “Satan came among” Adam’s and Eve’s children, sowing doubt and disbelief in their parents’ teaching (Moses 5:13). The remainder of Moses 5 details the degree to which rebellion, rejection of parental teachings, and satanic secret combinations can amplify evil within the world.  END_OF_DOCUMENT_TOKEN_TO_BE_REPLACED