The Hymns of the Temple

The Psalms, originally written in Hebrew poetry,[1] were the hymns of the ancient Jerusalem temple.[2] Everything in them should be read and reflected upon with that in mind. Additionally, as Latter-day Saints, we are obligated to consider how these texts, within their temple and covenant context, can better connect us to the atonement of Jesus Christ in our time, just as they connected ancient Israelites and Judahites to Jehovah. The Psalms have much to teach us about the nature of God’s redemption and the role of the temple in that redemption.

Psalm 49 – The Price of Redemption, Christ’s Infinite Atonement, and the Temple

In Psalm 49, the futility and folly of earthly riches is expressed in terms of the value of God’s redemption. A key “atonement” term in Psalm 49 is the Hebrew pādâ and its nominal (noun) cognate pidyôn, “ransom” or “redemption”: END_OF_DOCUMENT_TOKEN_TO_BE_REPLACED 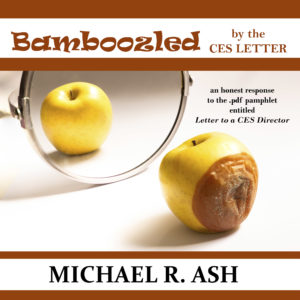 Before we get started, something happened this week that I wanted to address. This particular matter is resolved and I’m not trying to call anyone out, but I wanted to say this in case something similar happens in the future: I know that there is a lot of dishonesty and manipulation in this Letter, and a lot of people have been personally affected in some way by those lies. Feelings are high, I get that. But there is a difference between calling out dishonesty and insulting a fellow child of God. I try very hard not to personally attack Jeremy but rather, his words. If anyone reaches out privately to vent their frustrations with him, I will not allow him to be called names or otherwise insulted in my private messages. He is a child of heavenly parents, like we all are, and he deserves to be treated as such. As frustrating as this Letter can be, Jeremy deserves our prayers, not our condemnation. I do pray for him, and I hope the rest of you will join me in that.

With that said, the CES Letter picks back up with the second topic header of this section, “CHURCH FINANCES.” END_OF_DOCUMENT_TOKEN_TO_BE_REPLACED

When reading the scriptures, especially as one reads through the Old Testament, it is always helpful to ask the following questions:

Seeing the Savior in the text as he interacts with his covenant children is of utmost importance. Elder Henry B. Eyring (at the time) made the following promise: END_OF_DOCUMENT_TOKEN_TO_BE_REPLACED

Today I’d like to finish out the first topic header of this section. For those who don’t remember, this header is titled “CHURCH’S DISHONESTY, CENSORSHIP, AND WHITEWASHING OVER ITS HISTORY.” Last week, we covered the Priesthood restriction again, and this week, we’ll be talking about Zina Huntington, Brigham Young, and Church Historian Steven E. Snow. If we have room after that, we’ll push on to the next topic header, but that’ll probably have to happen next week.

The CES Letter picks up with the following: END_OF_DOCUMENT_TOKEN_TO_BE_REPLACED

We’re starting the last section of the CES Letter besides the conclusion, so it’s just a few more weeks of this series. This particular section is a hodgepodge of all of the different things Jeremy could think of that didn’t quite fit in the other sections, as well as other questions that revisit some of the ones already asked.

Jeremy begins with a quote taken from Richard Bushman, noted historian and author of Rough Stone Rolling, that was given during an informal fireside at someone’s home, filmed, clipped into a short, 2-minute video, then handed over to various critics to pass around: END_OF_DOCUMENT_TOKEN_TO_BE_REPLACED

Although there are differences, a covenant is functionally very similar to a contract or treaty. Among the ancient Israelites and their neighbors, the covenant pattern had several parts, though not every part was expressed in every covenant, nor was the order of these elements rigidly fixed. Understanding this pattern can help us understand the scriptures and the temple ordinances. END_OF_DOCUMENT_TOKEN_TO_BE_REPLACED

In this life, there are a lot of questions for which we don’t have answers, or only have partial answers. There is much still yet to be revealed, and one of the big lessons we need to learn in this life is that of having patience and trusting in the Lord to reveal things according to His timeline, not ours.

When I’m praying over some of these questions, two scriptures often come to mind as my answer. The most common one is D&C 58:3, which says, in part:

Ye cannot behold with your natural eyes, for the present time, the design of your God concerning those things…

The scripture verse that occasionally follows it up if I’m not satisfied by that answer and I get a little salty or frustrated over it is D&C 25:4, which reads:

Murmur not because of the things which thou hast not seen, for they are withheld from thee and from the world, which is wisdom in me in a time to come.

Sometimes, we’re just not ready for the answers yet, and we need to learn how to be okay with that. It’s not an easy lesson to learn, but it’s a pretty important one.

In this particular section of questions in the CES Letter, we’ll be discussing things that don’t have full, definitive answers yet. A lot of it is speculative, and a lot of Jeremy’s questions and comments are based on assumptions, not revealed doctrine. We’re mostly going to be talking about theories today.

There are two things in particular that I think President Nelson excels at, and I think we’re very blessed to have a leader who does excel at those things. First, he is very good at separating the necessary from the extraneous, both in doctrine and practice. Under his leadership, the Church has streamlined various programs and taken steps to make things more simple and clear for us. He has shown that he’s open-minded and willing to change certain things to make our lives easier. He’s also told us that other things will not change, because they’re necessary for our salvation.

The second thing he’s really great at is closely related to the first, and that’s his ability to adapt to new information. When he’s informed that something isn’t working for many people, he seeks out ways to change it. When he learns new historical information, he adjusts his assumptions accordingly.

END_OF_DOCUMENT_TOKEN_TO_BE_REPLACED

While Eastern societies and cultures are often well-versed in allegory and symbolism, Western societies and cultures are typically much more literal-minded, especially in the modern day. This can make studying the Gospel, particularly the temple, more challenging than it needs to be. So much of what happens inside the temple is symbolic. It can be difficult for us to fully understand what is being taught to us, and Jeremy Runnells takes that to extremes here in this portion of his CES Letter. END_OF_DOCUMENT_TOKEN_TO_BE_REPLACED