This podcast series features past FAIR Conference presentations. This presentation is from our 2021 conference. If you would like to watch all the presentations from that conference, you can still purchase the video streaming.

Derek’s book, Storming the Nation: The Unknown Contributions of Joseph Smith’s Political Missionaries, is available from the FAIR Bookstore. 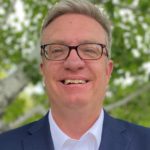 Derek R. Sainsbury has worked for 26 years in the Seminaries and Institutes of the Church of Jesus Christ of Latter-day Saints. Currently, he is an instructor in the Church History and Doctrine department at Brigham Young University. He holds a PhD in American History from the University of Utah. He is the author of “Storming the Nation: The Unknown Contributions of Joseph Smith’s Political Missionaries,” the award-nominated first book-length treatment of Joseph Smith’s presidential campaign. He has also authored other academic articles and conference papers. He volunteers for Book of Mormon and Doctrine and Covenants Central. He resides in Bountiful, Utah with his wife Meredith and their three sons and three dogs. 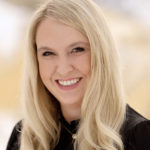 Rebekah Clark is co-author of the book Thinking Women: A Timeline of Suffrage in Utah and works as a historian for Better Days, a nonprofit public history organization dedicated to expanding education about Utah women’s history. She holds a law degree from the J. Reuben Clark Law School at Brigham Young University, studied as a visiting student at Harvard Law School, and practiced law in Boston for four years. She graduated with a degree in American History and Literature from Harvard University, where her honors thesis focused on Utah women’s activism in the national suffrage movement. She has worked at the LDS Church History Department and taught as an online adjunct faculty member at BYU-Idaho. Her work has appeared in journals such as the Utah State Historical Quarterly, the Journal of Mormon History, BYU Studies, Pioneer Magazine, and BYU Law Review and in podcasts by the National Conference of State Legislatures, the Church News, What’s Her Name, Zion Art Society, and the Maxwell Institute for Religious Scholarship. In addition to her work with Better Days, she currently serves on the board of the Mormon Women’s History Initiative Team. Rebekah lives in Highland with her husband Andrew and their five children.

This week’s Come, Follow Me lesson starts with the following words:

The afternoon of June 27, 1844, found Joseph and Hyrum Smith in jail once again, accompanied by John Taylor and Willard Richards. They believed they were innocent of any crime, but they submitted to arrest, hoping to prevent violence against the Saints in Nauvoo.

There were several reasons for this arrest: END_OF_DOCUMENT_TOKEN_TO_BE_REPLACED

Religious Freedom for All

As I read Doctrine and Covenants 134 today I was reminded of a Swedish debate article I encountered back in 2012. It was written by Björn Ulvaeus, band member of the pop group Abba. On a personal note, I have greatly admired Ulvaeus’ talents throughout the years, especially his lyrical compositions. This time however, his words were less uplifting, at least from a Latter-day Saint perspective.

Ulvaeus, who is also a representative of the Humanist Association in Sweden, commented on the presidential race between Barack Obama and Mitt Romney. In essence, the musician presented a rather gloomy picture of the world should Mitt Romney be elected president. It would be a ”doomsday” indeed. Ulvaeus compared the ”fundamentalist” Romney with Iran’s past president, the fundamentalist Ahmadinejad, and claimed that the Mormons, like the Islamists, wanted their religion to govern the laws of the land. And if that happened, good riddance to the rights and liberties of the people. END_OF_DOCUMENT_TOKEN_TO_BE_REPLACED

David Whitmer was instrumental in helping Joseph Smith during the translation and publication of the Book of Mormon and in the establishment of The Church of Jesus Christ of Latter-day Saints.  Today he is primarily remembered as one of the three witnesses of the Book of Mormon plates (The Testimony of the Three Witnesses).

In spite of many powerfully motivating and inspiring spiritual experiences, including hearing the voice of God and seeing an angel, David sometimes struggled with being overly distracted by other obligations such as caring for the family farm. In a revelation given to the prophet Joseph Smith, the Lord chastised David, saying, “your mind has been on the things of the earth more than on the things of me, your Maker, and the ministry whereunto you have been called” (Doctrine and Covenants 30:2). This divine chastisement is one that is probably applicable to every modern man and woman as we struggle to find balance between our ordinary obligations and the demands of devoted discipleship.

If this were the only area of concern for brother Whitmer, it would hardly make him different from any one else. However, the Lord continued his chastisement, adding, “and you have not given heed unto my Spirit, and to those who were set over you, but have been persuaded by those whom I have not commanded” (D&C 30:2). Spencer W. McBride is a historian of early American history. He earned his PhD in history at Louisiana State University and is a historian and documentary editor at the Joseph Smith Papers Project. An expert in the intersections of religion and American politics, he is the author of Pulpit and Nation: Clergymen and the Politics of Revolutionary America (University of Virginia Press, 2017). He is currently writing a book on Joseph Smith’s presidential campaign (under contract with Oxford University Press).

Audio and Video Copyright © 2018 The Foundation for Apologetic Information and Research, Inc. Any reproduction or transcription of this material without prior express written permission is prohibited.

Jeff Lindsay, “Arise from the Dust”: Digging into a Vital Book of Mormon Theme Jeffrey Dean Lindsay and his wife, Kendra, are residents of Shanghai, China. Jeff has been providing online materials defending the LDS faith for over twenty years, primarily at JeffLindsay.com. His Mormanity blog has been in operation since 2004. He also wrote weekly for Orson Scott Card’s Nauvoo Times from 2012 through 2016. Jeff has a PhD in chemical engineering from BYU and is a registered U.S. patent agent. He serves as Head of Intellectual Property for Asia Pulp and Paper, one of the world’s largest paper companies. Formerly, he was associate professor at the Institute of Paper Science (now the Renewable Bioproducts Institute) at Georgia Tech, then went into R&D at Kimberly-Clark Corporation, eventually becoming corporate patent strategist and senior research fellow. He then spent several years at Innovationedge in Neenah, Wisconsin, helping many companies with innovation and IP strategy. Jeff has been in China for five years, where he works with various APP companies and mills in advancing their intellectual property and innovation. Since 2015, Jeff has been recognized as a leading IP strategist by Intellectual Asset Magazine in their global IAM300 listing based on peer input. He is also lead author of Conquering Innovation Fatigue (John Wiley & Sons, 2009). He is active in the chemical engineering community and was recently named a Fellow of the American Institute of Chemical Engineers. Jeff served a mission in the German‑speaking Switzerland Zurich Mission and currently serves as counselor in the district presidency of the Shanghai International District. He and his wife Kendra are the parents of four boys and have nine grandchildren.

Audio and Video Copyright © 2018 The Foundation for Apologetic Information and Research, Inc. Any reproduction or transcription of this material without prior express written permission is prohibited.

George B. Handley is a humanities professor at Brigham Young University. He has a BA from Stanford University and an MA and PhD from UC Berkely. This book, part of the Maxwell Institute’s “Living Faith” series, is a collection of personal essays he has written about “the seamlessness of humanities and belief, intellect and faith” (page XI).

Handley explains in the preface that “What keeps me in The Church of Jesus Christ of Latter-day Saint and what keeps me working at living according to its principles is the fundamental fact that I accept the tenets of my faith as plausible, compelling, and deeply moving. They make sense to me intellectually. More importantly, they have taken root in my very being as a result of acts of faith that brought personal witnesses of the gospel’s spiritual truths” (page XII).

There are several essays that I particularly enjoyed. In “Why I Am a Christian,” he says “We talk of sin as a deliberate rejection of God, but sin often feels to me more like being a slave to myself, unable to escape my own psychology, genes, upbringing, habits, or personality even and especially when I am aware that life calls me to better habits and deeper commitments” (page 3). He further explains, “nothing has given me more confidence in the living reality of Jesus Christ as the Redeemer and resurrected Son of God than the way that my trust in him has converted my awareness of my insufficiencies into hope, into a palpable increase of love for myself, for others, and for life itself that is beyond my natural instincts…. A willingness to repent and then to declare my faith has opened me to deeper appreciation for the meaning and power of Christ’s atonement” (pages 4-5). He also makes the important distinction that “Christ’s pure love is not the same thing as blanket tolerance for all human behavior or belief” (page 7). END_OF_DOCUMENT_TOKEN_TO_BE_REPLACED

This is a short (151 pages) paperback book that contains 1,001 numbered paragraphs that chronologically narrate the life of Joseph Smith, essentially constituting a simple biography. “One of the main goals of this book is to tell the real story, while making it simple to read and understand. 1,001 Facts about the Prophet Joseph Smith is a history book for this generation. The entire book can be read in one sitting, or readers can jump around to different moments in the prophet’s life and learn about their favorite and the more fascinating events” (page 2). The author also intends the book to combat the anti-Mormon propaganda being spread on the Internet.

Here are several examples from the book that I thought were of interest: END_OF_DOCUMENT_TOKEN_TO_BE_REPLACED

An Old Testament KnoWhy relating to the reading assignment for Gospel Doctrine Lesson 22: “The Lord Be Between Thee and Me Forever” (1 Samuel 18-20; 23-24) (JBOTL23A)

Question: How does the story of David’s loyalty to Saul apply in our day?

Summary:The story of David’s rise to power “is designed to demonstrate David’s innocence of wrongdoing in his conflict with the house of Saul and to explain his dramatic ascent to the throne as a consequence of divine favor.” His self-restraint in the face of both Saul’s murderous intentions and his own anointing to become king “shows his respect for God’s appointment of Saul and his patience to wait for God’s timing.” David never speaks of Saul as his enemy, and his declaration to Saul after he cuts off a part of the old king’s cloak make it clear that “what David wanted was not to harm Saul but to demonstrate his own loyalty.” Though it is unlikely that any of us will encounter the sort of challenges faced by David in his relationship with Saul, his story serves as a reminder of the attitude of love and respect that should be maintained with regard to “the Lord’s anointed.” It is hoped that the suggestions collected in the discourse below will be a helpful resource for members who seek to resolve differences with Church leaders in the Lord’s way.

The full article may be found at the Interpreter Foundation website: KnoWhy OTL23A — How Does the Story of David’s Loyalty to Saul Apply in Our Day?